The release date for Red Hot Chili Peppers’ Blood Sugar *** Magik was September 24th, 1991. The LP was recorded from April-June 1991, and produced by Rick Rubin. The length of the album is 73.55 minutes. The genre is Funk Rock/Alternative Rock, and Funk Metal, and the label is Warner Brothers. The studio they recorded in is The Mansion, in Los Angeles, California. The band came to Warner Bros., and set up their recording studio and equipment in the mansion that Harry Houdini once lived in. Kiedis Smith (the band’s lead singer) was convinced the location was haunted and refused to stay. The song “Give It Away” was the first single released from the album.

The second single from the album was “Under the Bridge.” Kiedis Smith wrote the lyrics of the song to express his feelings of loneliness and despondency, and to reflect on his addiction to narcotics. He was concerned that the song would not fit into the bands’ repertoire, but Rick Rubin encouraged him to show it to his bandmates. The band was receptive of the song idea and wrote the music for it.

“He wrote about his addiction. It was said he used to get/and or do his drugs under a bridge, so he wrote the song to express how all of it impacted him,” said Julian Kelly, senior.

The music video for “Under the Bridge” was directed by Gus Van Sant, who photographed the band when they stayed at The Mansion. He also provided the art direction for Blood Sugar *** Magik. The video was shot on the streets of Los Angeles, as well as in a studio soundstage. MTV placed the “Under the Bridge” video on heavy rotation. “Under the Bridge” won the group “Breakthrough Video” and “Viewer’s Choice Best Video.”

“To this day, I still think the video for ‘Under the Bridge’ is one of the greatest to come out of that time period. I remember it winning for Best Video, and it did so for a reason. It was gritty, urban, and you could tell Kiedis’ connection to the lyrics/experience,” Mr. Steinmetz (substitute teacher/sports writer).

The album was a success and expressed the thoughts of Kiedis Smith through that time. People still continue to listen to the album, as well as the band’s other ones. 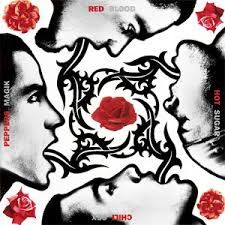 Sam Rider Sam Rider is a Junior at Jim Thorpe Area High School. She has lived there all her life, but wants to soon break out and pursue a career in nursing. Her favorite subject is English. She spends most of her free time watching YouTube, sleeping, or hanging out with her boyfriend, Julian. During Fridays of football season, she spends her time at the football games participating in color guard. Joining color guard is one of Sam’s greatest accomplishments because it makes her happy. She does not watch TV often, but when she does, she watches a couple of shows on Netflix. These shows are Shameless, Friends, and American Horror Story. Her favorite childhood memory was meeting her best friend, Hailey. Hailey recently moved to Florida, but they still continue to be as close as sisters.

Be the first to comment on "Red hot album review"